When you accuse the Russians of bombing hospitals, don't you think you'd better have some proof?
H/T: Northern Truth Seeker

Posted by Jody Paulson at 8:57 AM No comments:

Posted by Jody Paulson at 11:54 AM No comments:

I just saw this article
at Snippets and Snappits. If you haven't read any of Dave's brilliant work on 9/11, the moon landings, the Boston Marathon bombings, or mind-controlled music industry, check this out for some very entertaining and informative reading. Rest in peace, Dave. 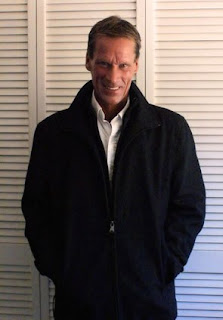 Someone tells the truth on RT news

Posted by Jody Paulson at 9:02 AM No comments:

I'm just logging in for today but before I get too caught up with everything I'd like to state my opinion based on watching the whole painful sales pitch progress yesterday on cable news: this is a hoax. If it were real we'd have a lot more footage to look at and they wouldn't be using words like "France has been forever changed on this day." Plus, as you should know by now if you frequent my site, anything that has to do with ISIS is a psy-op. ISIS is funded by the Americans. It is being used as an excuse for America to bomb sovereign countries. What is particularly troubling about this Paris "attack", however, is that unlike the American hoaxes of late the goal of this hoax is to draw Europe into a wider war. It was also meant to stir up even more racial and religious hatred and distrust. I'll probably spend my limited Saturday internet time researching this matter, so expect some updates soon.

*** UPDATE ***
Some guy on Twitter pointed out that yesterday was Friday the 13th. That has a history in France regarding the Knights Templars. Look it up.

The Bataclan Theatre, according to Le Point, has Jewish owners. (H/T Aangirfan)

This short clip shows more of what supposedly happened yesterday than a night's worth of FOX news and CNN put together.


Patrick Pelloux, EMT and chronicler at Charlie Hebdo, explains on France Info radio that Paris EMTs were prepared because, "as luck would have it", they'd planned an exercise to train for multi-site attacks on the morning of Nov 13,2015.

NO WAY this is real. NO WAY. Does it look like a bomb went off here? I don't think so!

"The challenge is to watch this 47 minute video and try to maintain your belief in the official story of what happened on September 11th, 2001. This is a difficult challenge because this video features testimony from Structural Engineers, Architects, Demolition Experts, and eyewitnesses who provide evidence that Building 7 collapsed as a result of a controlled demolition. After looking at the evidence, it will be challenging to maintain the belief that fire caused Building 7 to collapse in the manner that was observed."

Be sure to subscribe to his channel!
Here is episode one:

Posted by Jody Paulson at 11:35 AM No comments:

10 Shocking Realities of the TPP; Join The Revolt

[Found this article on Portland Indymedia]

Finally, the text of the TPP has been released. It is not as bad as we expected – it is worse.

TPP No economic justice without trade justiceNow we see why the US Trade Representative and President Obama initially made a deal to keep the TPP secret for four years after it was ratified. If it had not been for a very aggressive fight against fast track trade authority, in which hundreds of thousands of people participated, we would not be seeing the text. One of the compromises made in order to get just enough votes to pass fast track was to agree to release the text publicly for 60 days before the President signs it.

Why did they want to keep it secret? Because they knew that if the people saw the text, it had much less chance of becoming law.

[Click here for the original article at Popular Resistance] 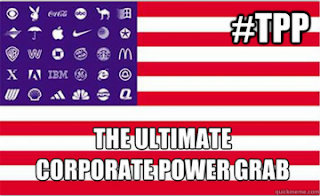 Posted by Jody Paulson at 7:25 AM No comments:

Everyone's got a water bottle! :)

Posted by Jody Paulson at 9:44 AM No comments:

Can this country afford another Bush or Clinton in office?

I couldn't help but laugh at Bush's disastrous choice of a campaign slogan yesterday -- "Jeb can fix it!" The first thing I thought about (I follow a lot of British people on Twitter) was Jimmy Savile, the evil center of a BBC/Royal/Government pedophile scandal in the UK. He had a TV show called "Jim'll fix it." And I immediately thought of the Franklin Pedophile scandal in the US, where Jeb's dad's name comes up quite a bit.

But, more obvious to American audiences with a memory that reaches back at least 15 years, is Jeb's huge role as Florida governor in securing his brother's election to the presidency. This was really the event that woke me up politically. I held my nose and voted for Gore, and waited all night on election day for the results to come in. Florida was called early for Gore -- all the exit polls said he'd won, then things started to change. As the night progressed, all the news stations said, "our bad, we're calling it for Bush." And I just couldn't believe it. I didn't get any sleep that night, and in the end Gore decided to fight. I don't think we found out who actually "won" until January. There's no way Dubya would have won that fateful election without Jeb's help. We all know where that led.

What a lot of people don't know about is the Clinton's involvement with drug smuggling in Arkansas. I just found a video on Portland Indymedia and thought I'd put this out there to let you all know what stories have been surrounding that treacherous pair for years.

I don't know what to do about this situation, and I'm not offering any solutions right now. But this country can't afford either of these crime families to continue their criminal activity. 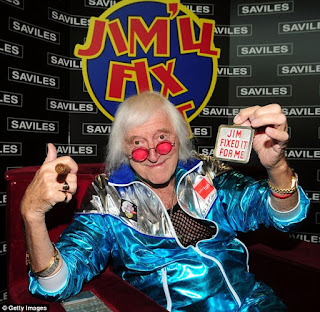 Posted by Jody Paulson at 8:38 AM No comments: