Twilight of the Psychopaths

I recently ran across an article that gave me a new way to think about what may be wrong with our current government:

Twilight of the Psychopaths

Another enlightening article mentioned in the comments:

The Psychopath -- The Mask of Sanity
Posted by Jody Paulson at 6:34 PM No comments:

For all of you who work in office buildings:

For all of you who wear pink in Denver:


For all of you who live in Portland, or who are generally concerned about martial law: 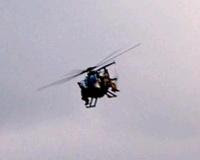 Posted by Jody Paulson at 4:25 PM No comments:

Cindy Sheehan thwarts attempt to bug her room at the DNC?

I called Cindy's sister Dede, who is also in Denver, and she confirms this article: Cindy Sheehan Bugged in Denver

This is what Cindy told Rob Kall in an email:

"As I walked toward my room, I noticed that the door was opened with the security bolt blocking the complete closing of the door. I knew immediately that I had not left the door open, and I double checked to make sure it was the right room because, as a frequent traveler, I have been known to forget my room number, but it was the right room.

I was upset at first thinking that housekeeping had made a mistake and left my room open and I was worried that something might be missing. So I walked into my room and bigger than life, there was a man standing by my desk holding the room phone with a screwdriver in his hand!

I immediately said; "What the hell are you doing? Are you putting a bug on my phone?" He looked like he got caught with his hand in the cookie jar and stammered out: "N--no, we are having problems with the phone." I told him to get out of my room because my phone was fine and I called the front desk and the person at the front desk stammered something out about "problems" with some of the phones.

This room was reserved soon after we got to Denver last night because the room we had was inadequate for 3 people. The room was reserved under my campaign manager's name with a CFC debit card. By the time we left for the march, it could have very well been ascertained that I was the one in this room, and the room we did reserve could be bugged, also. I am confident that that's what was happening when I walked in on the "maintenance" man"

You don't come in the room with a screwdriver if there are problems with the hotel phones. You do it electronically, through the system or you hook up a new phone."

Looking at the comments to Kall's article, it appears that the guy may well have been attempting to bug, not Cindy's phone, but the entire room. After all, the telecommunications companies already have the "right" to tap our phones without a warrant ... Cindy's congressional opponent, House Speaker Nancy Pelosi (and, incidentally, Democratic Presidential Nominee Barack Obama) made sure of that when they voted for the 4th-amendment-gutting FISA bill.

Even if you don't live in San Francisco, you can help Cindy Sheehan in her bid to oust the do-nothing Speaker of the House.

How do we become, again, a people who govern themselves?

I haven't written for a while. Sorry. I don't have my own computer and my "writing time" is thus extremely limited. I only get an hour of internet time at the library, and I usually dedicate that into trying to figure out what's going on in the world, as I've done away with television altogether (and I highly recommend this for anyone fed up with the fluffy distractions TV offers).

The Democratic National Convention is coming up this Monday, and I have a deep sense of foreboding about it. (Not that this means anything, I've had a deep sense of foreboding for about 7 or 8 years now ... ) But I find the whole thing depressing, for some reason, when much of the country finds themselves inspired with hope at the prospect of a black man, a man who speaks of hope instead of fear, a person with undeniable charisma, obvious intelligence and a cool and stable character, finally secured a major party nomination. Barack Obama seems like a real statesman. He makes McCain look like a buffoon who would only ramp up his predecessor's historically disastrous policies. Why am I not elated by these developments?

For one thing, the Democratic Party itself has revealed itself to be defunct -- not a voice of the people, but just another wing of the corporatocracy that has been running this country for decades. They've been playing "good cop" to the Republicans' "bad cop." But how much are things really going to change with Obama at the helm?

Obama (along with Nancy Pelosi) voted away our 4th amendment by voting for the FISA bill that gives telecommunications companies retroactive immunity for spying on American citizens. Anyone that screws with our bill of rights is a domestic enemy in my estimation. He's also said he wouldn't rule out surgical strikes on Iran. At this point, Barack Obama is looking more and more like a black (Bill) Clinton. While my life was certainly better under the Clinton years than it is now, a lot has changed since then. We need *real* change at this point, not a bunch of insubstantial rhetoric. I now see that Clinton may well have been responsible for the deaths of over a million Iraqis under sanctions, may well have been behind the Oklahoma City bombing, presided over the Waco fiasco, and may well have been (in a much slicker way) just as criminally corrupt as the Bush administration. We fired on a news media outlet in Belgrade, as surely as we did in Baghdad.

So anyway, I ran across this article where I encountered this question: How do we become, again, a people who govern themselves? I think that's one of the central questions facing our times.

Posted by Jody Paulson at 10:10 AM No comments:

I was at the event described in this article: Pelosi & The People of the Lie. As you can imagine, I was one of the hecklers. Several of us yelled "impeach" when Pelosi finally got around to talking about Bush (After talking about household chores, being a good Catholic and growing up in her family. I hear most of her book is a boring autobiography ... I didn't spend the money to get one signed).

Also, remember my blog entry about how one British town is spurning supermarkets? Here's a cute story about a pub that's working quite well with the barter system: Pub beats the credit crunch by allowing punters to barter home-grown food for beer

Haven't had much time for blogging these days, hope I can catch up with some more entries this coming week.
Posted by Jody Paulson at 3:19 PM No comments:

Cindy's on the Ballot

When I last wrote we turned in over 13,000 signatures, but 41% or so were invalidated (we had paid petitioners, and many of the signatures were no good). But we continued to gather signatures, and today we have been told by the elections department we are officially on the ballot. Big party over at Cindy's campaign headquarters. It's time to hold Nancy Pelosi's feet to the fire and force her to debate Cindy, and finally force her to face her constituents about why she continues to put war funding on the table, while keeping real impeachment hearings off the table.
Posted by Jody Paulson at 4:15 PM No comments: