Posted by Jody Paulson at 8:29 AM No comments:

I saw this on Greencrow's website. The original source was healthimpactnews.com.

Posted by Jody Paulson at 8:05 AM No comments:

More on Bad Actors who Stormed the Capitol 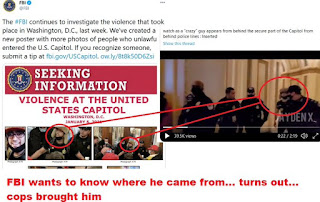 Trojan Horses ...I call on ⁦@realDonaldTrump⁩ to find out who these people are as they do not look like MAGA! You have the power right now to see who they really are and to get to the bottom of who stole this election! Prosecute these bad players pic.twitter.com/EXUaSTIEUo

Posted by Jody Paulson at 7:18 AM No comments:

The World Has Gone Insane

I found out about this article from NTS:

The world has gone insane.

Back in May, the President of Tanzania announced that a goat, a quail, and a papaya had tested positive for COVID-19. People did not stop eating papayas. But when farmed minks began testing positive, the response has been to kill them all.

After a few minks in the Netherlands tested positive in April, 570,000 minks were slaughtered. Minks started testing positive and being killed in Denmark in June, and on November 4, Denmark announced it would destroy the rest of its 17 million minks. Sanity finally broke out in that country, and the eradication campaign stopped after only 2.5 million minks were slaughtered. But minks have also been killed in Spain, Sweden, Greece, France, and the United States.

Posted by Jody Paulson at 8:03 AM No comments: 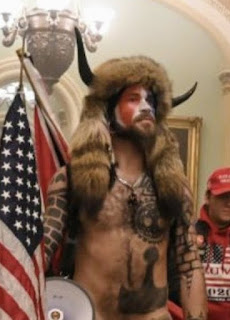 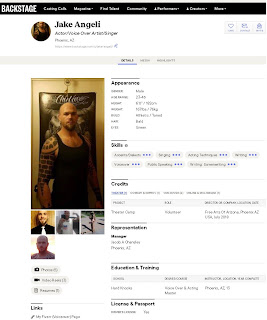 Posted by Jody Paulson at 7:25 AM No comments:

Who is promoting this lockdown, and why?

Posted by Jody Paulson at 8:28 AM No comments: