The question that was asked by that little girl in my previous post, "Did Buzz Aldrin Confess?" is addressed in the writings of the late great Dave McGowan. Lately someone was kind enough to make a video of his writings, which I am posting here.

Posted by Jody Paulson at 7:56 AM No comments:

Ashton Kutcher thanks the CIA (video from American Everyman)

Posted by Jody Paulson at 7:54 AM No comments:

Will we ever hear from Jahar Tsarnaev?

Jahar Tsarnaev, sentenced to death for the "Boston Marathon Bombing" will turn 25 tomorrow. I won't be able to post tomorrow so I'd figured I'd write about him today.

I'll admit I'm still not sure what role Tsarnaev had to play in what I believe to be one of the most elaborate media hoaxes ever perpetrated on the American public. Was he a crisis actor? A patsy? One thing's for sure, his trial was a joke and it's really hard to understand why we haven't heard him so much as say one word since he became famous back in 2013. It's not as if the kid didn't have anything to say. I'll be honest, this guy inspired me to learn how to use Twitter because he had his own account that humanized him and made it kind of obvious, to me anyway, that he was simply not the type of person to randomly kill and maim a bunch of innocent people. He was a lifeguard, for heaven's sake!

We are told Tsarnaev is currently being held at the United States Penitentiary, Administrative Maximum Facility in Colorado. According to this article, "Tsarnaev is not even allowed to communicate with other inmates in the facility." The fact that Tsarnaev willingly "confessed" to his part in what is clearly a hoax to me and many others, after initially pleading not guilty, makes me wonder if any of this is real. Maybe Tsarnaev was an actor all along ...? At any rate, I sincerely hope he is not suffering the way they make it sound in this video:

Actually, it was Seth Rich who gave Wikileaks the emails. You know, the guy that worked at the DNC who nobody can find the murderer of? 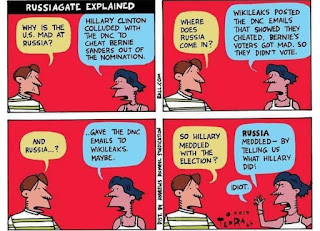 Posted by Jody Paulson at 6:24 AM No comments:

Posted by Jody Paulson at 6:24 AM No comments:

I've been in a lot of pain lately and technology like this is probably why. Keep in mind this article was written ten years ago.

[...] Raytheon's Active Denial System (ADS), a directed energy weapon used for "crowd control." Known for its "goodbye effect," it functions as a primitive, though highly-effective "pain ray" by heating the skin to around 130 degrees F.
"Non-Lethal" Weapons: Where Science and Technology Service Repression

Posted by Jody Paulson at 12:48 PM No comments:

Stanley Kubrick and the falseness of this "flat earth"

It's been a while since I've done an esoteric "woo-woo" post and I figure I'm entitled to do one now ... I was going to do more stuff on the Mandela Effect, and I might just do that later on, but if you're interested in that sort of thing one of the best places to find new material is "Moneybags 73" and his youtube channel.

This subject (film director Stanley Kubrick) has more in common with my usual subject matter, though, which is propaganda and the study of how people who control the narrative, the movie screen, TV and social media are the "framers of our reality" and we need to break free from their control by becoming aware of this. That's kind of what this video is all about, really. I found it at the Collative Learning you tube channel. I highly recommend this guy's work.

Posted by Jody Paulson at 6:50 AM No comments: