Posted by Jody Paulson at 12:36 PM No comments:

Posted by Jody Paulson at 9:00 AM No comments:

Pussycat Dolls singer: we were prostitutes for Satanic record execs

In light of the Harvey Weinstein scandal, I thought this story might be of interest:

Kaya Jones, a former member of the hit-making Pussycat Dolls, has taken to Twitter to allege that the members of her girl group were literally used as prostitutes, pimped out by record industry executives, forced to perform sexual favors for the elite, and threatened with death if they disobeyed or spoke out.

“My truth. I wasn’t in a girl group. I was in a prostitution ring. Oh & we happened to sing & be famous. While everyone who owned us made the $,” she began by writing to her fans. 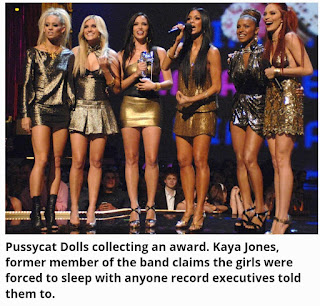 Posted by Jody Paulson at 9:21 AM No comments:

I'm still on the fence as to whether or not real people were hurt at the country music concert in Vegas last week, but I can tell you one thing, the only eye witnesses we're seeing on the news are actors.

As a reminder, this is what NBC originally said about the shooting: It Took Police 72 Minutes From First 911 Call to Locate Shooter 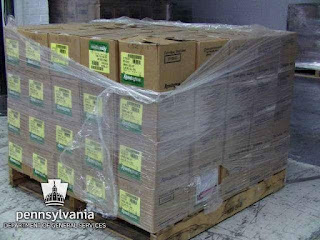 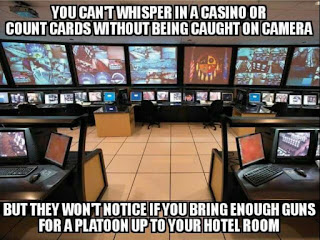 Posted by Jody Paulson at 9:52 AM No comments:

They keep changing their story on Vegas shooting

... and now it's stretched beyond belief!

It's been over a week since I last posted, though obvious terror attack lies are my "specialty" if I could be said to have any on this blog. Things were just too confusing for me, because, perhaps more than usual, the official narrative keeps changing. It's gotten to the point of total absurdity.

As you can see from my last post, the number of guns found in Mr. Paddock's room have swelled from the initial report of 10 to 23, with varying numbers in between. What, these cops don't know how to count? And, in the beginning, Mr. Paddock checked in using his girlfriend's ID, which is how her name showed up so quickly in the news.

Now we are told that Paddock actually fired over 200 rounds down the hall of his hotel room (injuring a security guard), in a major Las Vegas casino which I can only imagine is crawling with security, and then goes on to fire hundreds of rounds into the crowd below for several minutes before 911 was called. How is this even remotely believable?

We were told security had to go floor to floor to find out where the shooter was shooting from, when he had already fired a couple hundred rounds down the hall of his hotel room, injuring a security guard. In a building housing millions of dollars and security on par with a major metropolitan bank. Really???

Scott Creighton of American Everyman made a video outlining the "official timeline" and how much it has changed since the sheriff's press conference last night.

Posted by Jody Paulson at 8:27 AM No comments:

Las Vegas Shooting: you're being lied to, again.

Has anyone ever seen the movie "Ocean's 11?" Do you realize how much security the average casino/hotel on the strip has you go through just to check in? I've been to Las Vegas more than once, every single hotel makes you walk through the gaming area to check in, especially on the strip. Every inch of that floor is covered by a security camera. And this guy waltzes right in there with 10 rifles, including an automatic weapon??? Oh, and he checked in using that one lady's ID. Really?

I wonder what this guy's motive will be this time. What, does he hate country music? Doesn't look like the type to hate country music. Is he just crazy? Anyway, I was watching a bit of footage on this morning's news, and the increasingly ubiquitous cowboy hat made an appearance, along with the always present flashing blue and red lights and cops aiming their weapons at -- nothing. They interviewed some dowdy woman (an eyewitness) for about 15 minutes, which is really long time for just one random person to go on with a monologue ... and she prattled on and on without prompting, and the news anchor wouldn't cut her off, which makes me think she was just regurgitating memorized lines or reading from a script. I don't know if people really got hurt here but the footage I saw showed fake victims. I'd bet on it. (Vegas pun intended.) 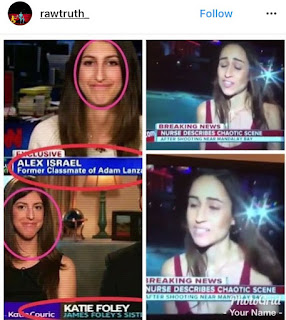