The latest video from freeradiorevolution. This is the worst acting I've seen so far. She doesn't even try to look upset that her father was just beheaded.

You almost could have predicted what happened yesterday ... it was Fall Equinox, and these NWO types love to start things on pagan holidays. In fact, Iraq invaded Iran on the same day in 1980.

I don't expect hostilities to end any time soon. What's the exit strategy for a war against a nebulous, self-invented enemy like ISIS? Or whatever they're calling it now. Ever notice that certain people call it ISIS, others ISIL ... just like you never hear the big officials call 9-11 "9-11" ... they always call it "September 11th." I think there's a reason for that. These guys play these weird games with language, I think because they truly believe "the devil is in the details." And maybe he is. I didn't used to believe in the devil, but let me tell you something, over the past dozen years or so, I've changed my mind on that particular subject. Les Visible believes that the devil ultimately serves God, and I believe this is true. I certainly don't see them on the same standing. Or maybe it all depends on ones perception. But until the ultimate reveal, it pays to scrutinize the fine print. This is a test of awareness. They get away with a lot of nasty stuff just because the average guy wasn't paying attention.

I don't know if Congress is still going to be on vacation for weeks, but I want people to understand that this bombing Syria thing is a big deal. I don't see these guys stopping their bombing any time soon, do you? I think they want to take this straight to Damascus, which they hope will then pull in Iran. This could be the start of WWIII. Even if not, I want people to see what "collateral damage" means. Let's end this NOW, the sooner the better!

Bush 9/11 Inaction from NewsFocus on Vimeo.

Posted by Jody Paulson at 10:55 AM No comments:

I know it's none of my business, seeing that I'm an American, but I'm sure I have a few Scottish readers and I'd like to give you my opinion.

I've always loved Scottish culture, and believe I have karmic ties with the spirit of rebellion and untold suffering due to foreign repression which forge that country's history. The ancient fight for Scotland's freedom has shown Americans the way. Show us the way again. Please vote yes for independence next week, for all those who fought hard and died for it, and for me. 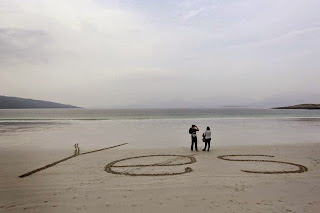 Posted by Jody Paulson at 10:42 AM No comments:

PUP-TARD,™ a breakaway subsidiary of the evil TARD™ terrorist group so brilliantly exposed by American Everyman, has released a new video wherein they brutally send a hapless American soldier to his death. Better close your eyes when you watch this one!

Posted by Jody Paulson at 8:09 AM No comments:

Please think for yourselves, people. Who funds ISIS? 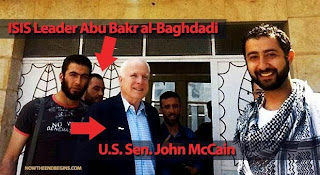 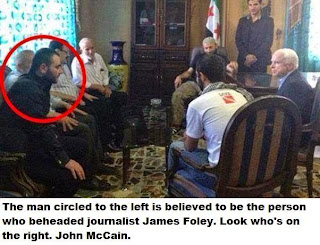 Here's the latest from PressResetEarth:

Posted by Jody Paulson at 2:33 PM No comments:

[I can't afford to go there myself, but I thought I'd pass this along for those who'd like to help ...]
Come to New York on Sept 11th!
(Written by AE911Truth Staff)

This 9/11 anniversary is the thirteenth. We intend to make it the most effective effort yet. Our lineup of activities and speakers is incredible.

But it needs you there. Can you get to New York to help us? Check out the full NYC schedule for dates, times, times, and locations. 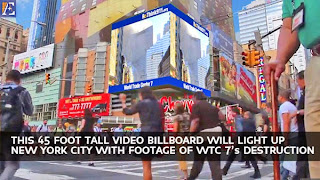 Posted by Jody Paulson at 9:04 AM No comments:

What are crisis actors?

The first time I had any inkling of what I now understand to be "crisis actors" was when I saw the 1998 movie "Wag the Dog." The premise of this movie, I think, is key to understanding a plethora of recent "newsworthy events" and I highly recommend it. It was about a presidential campaign's strategy to save an incumbent's second term, unfortunately enmeshed in an embarrassing scandal involving an underage girl. It would do this by whipping up an imaginary war between the United States and Albania (keep in mind this movie came out right around both the Monica Lewinsky scandal and US involvement in Serbia). During the movie they showed a cheap actress playing an Albanian girl holding a kitten and running away from a bomb (the kitten was actually a bag of potato chips, but was keyed into a kitten during post-production). This does not resemble the official or original definition of what have been come to be known as "crisis actors," but that's where the term is headed.

Originally, "crisis actor" was a respectable job of someone who acted in a drill used to train personnel in a crisis. Like in this (rather telling) video:

But imagine if such drills were used for propaganda purposes, instead of training purposes? I think that's the scenario we're seeing today, and we've seen it with Sandy Hook elementary school, the Boston Bombings, Elliott Rodger shootings, and now with these more recent beheadings. The media is lying to us, people! Don't trust anything the Mainstream Media is telling you. It really is that bad out there.