Feed the good, not the evil

I'll be the first to admit I'm no financial wizard, and I don't understand much about new revelations over the foreclosure scandal, but I can truthfully say if people had listened to my broke ass five years ago they'd be swimming in money right now. I told people on my radio show that G. W. Bush wanted to loot Social Security by privatizing it, and now it turns out that I was right ... if Bush had put all that money in the stock market Social Security would be broke by now. I told people to invest in silver when it was less than $5 an ounce ... now it's at $23 dollars an ounce! (Ironically, I made very little money myself with this knowledge, because I've been living hand-to-mouth for 10 years.)

Guess what? This is still my advice. Buy silver. And if you've got any money in the bank, get it out and put it someplace decent, like a credit union or something. Circumstances have made me a bit of a hypocrite on this point, but I know I'm giving good advice even if I've been too broke or incapacitated to take it myself. These big banks are evil, and it doesn't take a genius to know the whole system is dangerously toxic. If you do business with them, no matter how little, you're feeding them. Don't feed the evil, feed the good!

The same goes with the food you eat. I know it's inconvenient to look at labels and actually think about where your food comes from, but if you don't you might (inadvertently) be feeding the mindset and corporations that are currently destroying the planet.

I'll tell you one thing, we're being lied to. First off, the environmental disaster in the Gulf of Mexico is most definitely not over:
BP's Environmental Disaster: Fishermen Report Louisiana Bays Filled With Oil

And what's this? Cholera is killing Haitians in the 21st century? How come only a fraction of foreign aid (that ex-President Clinton is somehow in charge of) went towards getting clean water for people to drink, and much is being used to push evil Monsanto genetically modified seeds? Rich, greedy people profiting from aid to the poor? NO....! Say it ain't so!!!!
Cholera Epidemic: Toxic Drinking Water Killing Haitians

I'm so fed up with crap like this. I'm even more fed up with the otherwise good people who seem to be too blind, stupid or ignorant to figure this stuff out. But then I remind myself that when I first started voting, I voted Republican.

We feed what we focus on. Focus on what is truly precious in your life. That's my good advice for the day.

How to deal with dissembling talk show hosts ...

Posted by Jody Paulson at 9:50 AM No comments:

Donald always was one of my favorite Disney characters ... :)
Posted by Jody Paulson at 3:05 PM No comments:

I have long believed prisoners at Guantanamo Bay were being used as human guinea pigs.* Now it turns out I was right.

Another thing I found out today was that one of the most evil corporations in the world, Monsanto, recently bought one of the other most evil corporations in the world, Xe (formerly known as Blackwater -- you know, the murdering mercenaries used on Afghans, Iraqis, and Hurricane Katrina victims). Now they're using them to spy on anti-GM (Genetically Modified) food activists.

Well, I hope you all have a great weekend.


* That and using forced confessions as legal ammunition supporting the official story of 9-11 and other lies ... look, you don't use torture to get the truth out of someone, you use it to get them to say what you want them to say.
Posted by Jody Paulson at 12:45 PM No comments:

We could learn a lot from Chile

Like most people, I was riveted and inspired by the joyous rescue of the 33 Chilean miners yesterday. Yet I couldn't help but make some comparisons ... why didn't we have these guys cap the oil gusher in the Gulf of Mexico? Chile did everything right that the U.S. did wrong when it came to addressing disaster.

First of all, they accepted outside help. They had several contingency plans and there was actually a friendly competition between different firms as to who could drill the escape route first. This was all done in the light of day instead of like how BP did everything, including somehow enlisting the U.S. Coast Guard, to chase away anyone who might be so curious as to know what the hell they were doing to fix one of the worst environmental catastrophes in history.

In recent months, Chile has been exemplary in showing the importance of good preparation. Remember the earthquake they had earlier this year? It measured 8.8 on the Richter scale, 501 times stronger than the quake that devastated Haiti. Yet Haiti lost a quarter million people while Chile's death toll was in the hundreds. That shows how important building codes are. That's why you regulate companies instead of having them write the rule books for you. BP pretty much wrote their own regulations. See where that got us?

Also, as heartwarming as it was to watch the round-the-clock coverage of miners being rescued yesterday (much better than watching a senate debate involving "Witch" O'Donnell in Delaware), I can't help but notice that 13 NATO troops were killed in Afghanistan in the past couple days. This kind of thing is being treated like so much white noise on news channels like MSNBC and CNN. Makes you wonder ...
Posted by Jody Paulson at 7:43 AM No comments:

Here's one of the latest short videos extolling 9-11 truth:
9/11: The Unidentified Murder Weapons


Here's a recent talk given by Ken O'Keefe (of the Mavi Marmara) recorded by my friend from Portland Indymedia, Joe Anybody. This is a very impressive guy.

Posted by Jody Paulson at 2:23 PM No comments:

Here's a poem referred to in a recent article called Come Wake Me Up by William Rivers Pitt (who often writes at truthout). Somehow it seems especially relevant for the times we find ourselves in.

Keep me from going to sleep too soon
Or if I go to sleep too soon
Come wake me up. Come any hour
Of night. Come whistling up the road.
Stomp on the porch. Bang on the door.
Make me get out of bed and come
And let you in and light a light.
Tell me the northern lights are on
And make me look. Or tell me clouds
Are doing something to the moon
They never did before, and show me.
See that I see. Talk to me till
I'm half as wide awake as you
And start to dress wondering why
I ever went to bed at all.
Tell me the walking is superb.
Not only tell me but persuade me.
You know I'm not too hard persuaded.
Posted by Jody Paulson at 9:36 AM No comments: 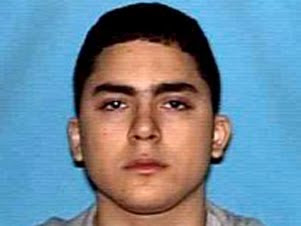 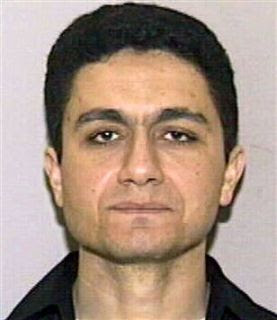 Am I seeing things, or do the eyes of University of Texas gunman, "Colton J. Tooley" look identical to those of Mohammad Atta: http://www.legitgov.org/How-Did-UT-Shooter-Tooley-Get-Mohammed-Attas-Eyes-Eyebrows.

Way back when I had my own computer account I kept an impressive collection of obvious examples of media fakery like this. Here's one I'm particularly found of: http://www.msnbc.msn.com/id/6894934/

Suffice to say, trust me on this, the media (and by that I mean big name media like TIME and Newsweek) have been known to totally make up stories, photoshop entire fake scenes and use staged photos on their covers for use in propaganda. Remember Jessica Lynch? Now, look at these compared photos of Osama bin Laden: http://whatreallyhappened.com/WRHARTICLES/osamatape2.html?q=osamatape2.html

The reality, folks, is that Osama bin Laden is dead. Don't you think that if he were alive we would have found him by now, if that were (as George W. Bush said) the reason we went into Afghanistan in the first place? How many billions of dollars have we spent trying to catch this guy? Couldn't someone have just put a price on his head and be done with it? No, because the whole thing is fake, there's a lot of money for some pretty shady businesses (including drug traffickers) to make over that nasty little quagmire. But now we're hearing from "Osama" again.

Americans -- citizens of all nations -- please don't assume that just because something's in the mainstream news, that makes it true.
Posted by Jody Paulson at 10:26 AM No comments: