Posted by Jody Paulson at 9:23 AM No comments:

John Stockwell talks about the Contras in 1989 ... nothing's changed!

This video is well worth watching. Mr. Stockwell is an updated version of Smedley Butler ... amazing how little has changed. When you look at what's been going on in Syria, Iraq, Libya ... These guys are like a one trick pony! Thanks to American Everyman for bringing this video to my attention.


Posted by Jody Paulson at 8:03 AM No comments:

[Note from Jody: I've been away from the library for a while and due to the holidays coming up I won't be here as often in the near future, either. But I've been in relatively good spirits, considering they just took Net Neutrality away from us as expected. I'm trying to be more like Les Visible and focus less on the dying materialistic world and focusing on more spiritual concerns. I'm actually pretty optimistic in this regard.]

The FCC vote is TOMORROW. The government is working with corporations to take away your right to information.

The internet is depending on you today.

Posted by Jody Paulson at 8:30 AM No comments:

I just heard something intriguing on the radio this morning. NASA is going to make an announcement regarding aliens. You know, your good friends from NASA. The liars that brought you the faked moon landing.

I'm wondering, what is this about? Is this going to be some limited hangout? I wouldn't be surprised if some potentially upsetting information gets revealed in this press conference. I've been listening a lot to my psychic online friends and they've been talking a lot about "extreme polarization" this December and the possible physical disclosure of a "split earth." Could that have anything to do with this announcement? At any rate, please take anything NASA tells you with a grain of salt. Don't mindlessly react to anything "officials" tell you, intelligently respond. This is all going to happen on the 14th, which, perhaps not coincidently, is the 5th anniversary of the Sandy Hook School Shooting hoax [If you're not convinced this was a fraud, I suggest you watch this video: We Need to Talk about Sandy Hook] and the day the FCC votes on Net Neutrality. What a great distraction!

Posted by Jody Paulson at 11:03 AM No comments:

"Pizza" is some kind of code for pedophiles.

People who have followed my blog for some time know I think the world has been largely run by psychopaths, many of whom are actual Satan worshipers(!) and use sexual blackmail to keep their minions in line. Here's a video with a Dutch financial expert who exposed this. I know how extreme that sounds but let's face it ... the world is in extreme trouble and it's absolutely perplexing how it could be allowed to continue like this. Believe it or not, my theory makes a lot of sense out of otherwise inexplicable events. That being said, what do you think about the following videos? 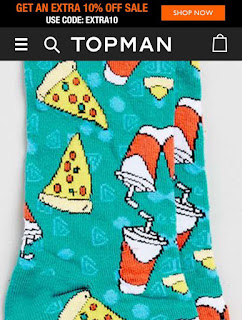 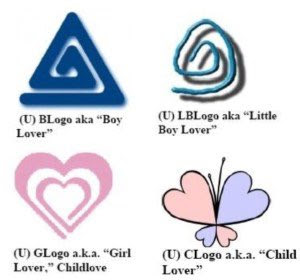 Posted by Jody Paulson at 8:33 AM No comments: