This is an old one from Free Radio Revolution, but just as relevant as ever ...

Posted by Jody Paulson at 10:43 AM No comments:

Granted, what took place yesterday happened in Louisiana, but I find it interesting that the theater's name was called the "Grand 16." Of course the name of the theater in Aurora, CO was called "Century 16." I always remembered that because if you flip 116 upside down you get 911. I didn't buy the media's story on what happened there, and I don't buy this story, either. The news guys were just a bit too "Johnny on the spot" for me, and there was all that same flashing red & blue lights they always show constantly whenever stuff like this happens. And out comes that agenda. They're coming after the 2nd Amendment, make no mistake about that.

But that's my own opinion. Again, let me encourage everyone to do their own thinking. The problem with this country is that most people let others with a nasty agenda do their thinking for them.

More on the Chattanooga Shootings ...

Yesterday I noticed the flag in front of the library was a half staff. I asked the librarian at the front desk if she knew why. She said, "I think it's because of the Chattanooga shootings ..." I furrowed my brow and said, "Wasn't that a week ago?"
-- "No, I think it was just this weekend ..."
-- "Oh, was one of the guys from Indiana?"
-- "I don't think so ..."
-- "You know, these guys die all the time in Afghanistan and no one lowers the flag for those guys ..."
-- "Maybe it's political pressure, or something like that ..."

So yeah, it kind of bothers me that this (likely staged) crap with a clear agenda is being blown up the way it is ... guess why?

***UPDATE***
What if some of these marines are already dead? There is a Sgt Thomas Sullivan (with his own web site) that died in 2009: http://sgtsullivancenter.org/about/

I've also heard that he is a character on the game "Call of Duty" (he dies in the end). I don't know what's going on but it's pretty damn weird.

Posted by Jody Paulson at 11:20 AM No comments:

Another great video from Peekay.

Posted by Jody Paulson at 3:03 PM No comments: 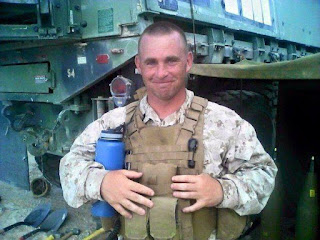 I'm no expert at photoshop. I once took a college course in photography, but I'm no expert in that, either. So forgive me for spouting off ... but this guy doesn't seem real to me. Look at his hands. He looks like he could cover his whole head with those hands. That's a picture of Sergeant Thomas Sullivan, one of the marines who was killed in the Chattanooga Shooting. The shooter, Mohammod Youssuf Abdulazeez, looks like a composite with the smirk of James Holmes, the Batman Movie Shooter, and the eyes & nose of Jahar Tsarnaev, the Boston Marathon Bomber. What do you all think? Just sayin' ... 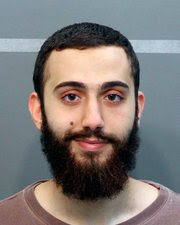 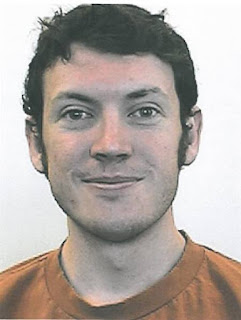 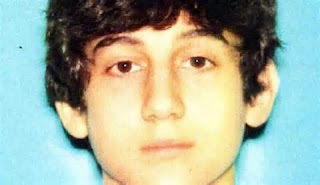 A hint at a possible motive for a staged shooting can be seen at the end of this video by RedSilverJ (getting rid of private encryption):
Posted by Jody Paulson at 10:29 AM No comments:

Funeral for a reptilian (?)

I listened somewhat bemusedly to reports that George Herbert Walker Bush "woke up in the hospital" this morning after he "broke a bone in his neck." Cable news made it sound so benign, making sure everyone knew his condition was stable, even showing a clip of him jumping out of a plane on his 90th birthday. Well, I broke a bone in my arm earlier this year, but I referred to this incident as "breaking my arm" the way most English speakers do. I guess most people might jump the gun and think the worst if you just come out and say a 91-year-old man fell and broke his neck. I mean, really, what's the difference between "breaking a bone in your neck" and breaking your neck? One sounds like no big deal and the other one sounds pretty damn serious. But you have to hand it to creatures like George H. W. Bush, the Queen of England, Henry Kissinger and Dick Cheney, what with his bad heart and all. They are extremely tenacious concerning this plane of existence. For the record, I don't really believe in humanoid "reptilians" ... but I admit to having an open mind about these kinds of things. Metaphorically speaking, these guys certainly fit the bill.

So now that I'm thinking about it, I'd like to remind everyone what a scum bucket this guy Bush 41 was, with what I think is the best JFK assassination documentary ever:

Posted by Jody Paulson at 1:04 PM No comments:

On the morning of 7/7 2005 in London, drills where being run that envisioned attacks against the London underground trains. These drills just happened to take place at the same time and place as the real attacks. Here is an ITV News interview with Peter Power, the Managing Director of Crisis Management firm Visor Consultants who was 'actually running an exercise... based on simultaneous bombs going off precisely at the railway stations that happened'.
Recorded at 8:20pm on the evening of the London Bombings.

Posted by Jody Paulson at 6:52 AM No comments: