I just finished reading this article at NTS. I've been reluctant to write about what's going on in Iraq and Syria as regards independent Kurdistan, because I don't know much about it. But this statement from the Israeli Foreign Ministry Spokesman, Emmanuel Nahshon, really gelled what this is all about: "... Kurdistan will be like a second Israel where we can weaken our enemies like Russia and Iran.” Read NTS's article here:

So now we know what this crap going on in Northern Iraq and Syria is all about, straight from the horse's mouth. Scott Creighton, Greencrow and many others have been writing about this for a long time. Much of what we've been hearing in the mainstream media has been a huge distraction, with the added incentive of sowing division and hatred along race and party lines. ISIS is being used as a tool to carve out a "second Israel" in northern Iraq and Syria.
Posted by Jody Paulson at 7:31 AM No comments:

Scott Creighton of American Everyman nails this one to the ground.

Today marks the third anniversary of Kenny's last post. It seems like such a long time ago, but it really wasn't that long since he reportedly died of a heart attack. If you've never had the pleasure of reading Kenny's work, his blog is still out there: http://kennysideshow.blogspot.com. He was a great writer and a super guy, I wish I could have met him in person. Rest in peace, Kenny.

Scott Creighton of American Everyman still without power in Tampa

Regulars of my site know that I often link to American Everyman, an excellent researcher/journalist based out of his home in Tampa. Fortunately Hurricane Irma wasn't as bad as what they said it was going to be, but Tampa took a direct hit and Scott's still without power after nearly a week. He relies solely on reader donations to keep his site up and running, and I know he could really use some help right now.
*** UPDATE ***
Power back on.
Posted by Jody Paulson at 11:52 AM No comments:

Imran Awan may get immunity

New video from the Cat Lady at the Truth Factory:

Posted by Jody Paulson at 10:31 AM No comments:

Ghostwriters on the Storm: How Big Pharma (and everyone else) Ghostwrites Articles

Video from the Corbett Report:

Posted by Jody Paulson at 10:25 AM No comments: 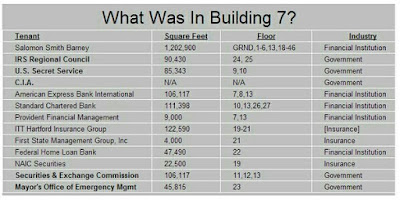 According to the National Hurricane Center's official list of landfalling hurricanes going back to 1851, the continental US has never had two Category Four hurricanes in one year. Most people don't realize hurricanes can be artificially created, strengthened, and even "steered" with modern technology. It's called HAARP. Don't believe me? Here's a quote from William Cohen back in 1997:

“Others are engaging even in an eco-type of terrorism whereby they can alter climate, set off earthquakes, volcanoes remotely through the use of electromagnetic waves” -- Office of the Assistant Secretary of Defense, Department of Defense News Briefing, Secretary of Defense William Cohen, April 28, 1997. Conference on Terrorism, Weapons of Mass Destruction, and U.S. Strategy at the Georgia Center, Mahler Auditorium, University of Georgia, Athens, Ga.

Here is a post that touches on this subject: Hurricane Sandy Yet another Zionist Attack on America?

I've long thought Hurricane Katrina was deliberately "steered" into New Orleans. I'm not the only one to think so. Believe it or not, scalar electromagnetic energy can be affected by human thought, and vice-versa. I honestly believe human beings can effect the weather with their mind. Please send positive thoughts and prayers to protect those in the path of the hurricane.
Posted by Jody Paulson at 10:26 AM No comments: