New documents filed in a federal court in Washington have revealed that a Guantánamo Bay detainee contracted a chest infection as a result of force-feeding, leading him to repeatedly vomit blood.

The filing on Thursday came a day after a federal court forced the government to reveal that it has secretly recorded dozens of force-feedings of one hunger-striking Guantánamo detainee, raising the possibility that the US military may have similar films of other detainees.

The fresh documents, filed in the US district court for the District of Columbia, relate to a detainee named Ahmed Rabbani, a Pakistani father of three who has been held without charge for more than a decade.

In the papers, Rabbani describes through his lawyer how a string of force-feedings with improperly inserted feeding tubes caused him to develop pain in his chest and left him with a chest infection.

He developed pain after a tube was wrongly inserted multiple times, he says. The next day, he asked to be granted a day's rest. The request was ignored, he says, and the following day he “vomited blood on himself three or four times” before losing consciousness. He was still taken to the feeding chair.

After repeated bouts of vomiting, Rabbani was checked by a nurse and told he would not be fed because he had an infection.

In the document, Rabbani's lawyer tells how his client reported several botched attempts at force feeding. On one occasion, the feeding tube turned so it was facing up, rather than down his throat, leading Rabbani to feel like it was “pushed up into [his] brain”. On another, he could not breathe as his airways were blocked by the feeding liquid “pooling in his throat”.

Another attempt left him “screaming in pain”, he said.

Cori Crider, Reprieve strategic director and counsel for Rabbani, said: “Because of a peaceful protest aimed at securing basic legal rights, my client has been put through a painful, near-daily ordeal.

“All this would be unnecessary if the [Obama] administration would just follow through on its promise to close the prison.”

One of Dhiab’s attorneys, Jon Eisenberg, said the US government had thousands of tapes detailing feeding and cell extraction conditions of the other detainees.

More than 100 Guantánamo detainees took part in a 2013 hunger strike. There are currently 154 detainees at Guantánamo, down from a peak figure of nearly 800. 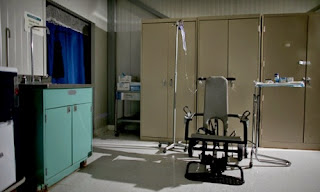