From thefreethoughtproject.com:
"It took police officers in New Zealand 36 minutes to catch the terrorist who murdered 50 people in two Christchurch mosques last week. Dramatic footage shows that just two officers—only one of whom had a gun—apprehend the suspect after his bloody rampage. We are now learning that this response time would have been longer, but police happened to be conducting a drill nearby practicing for a similar attack." 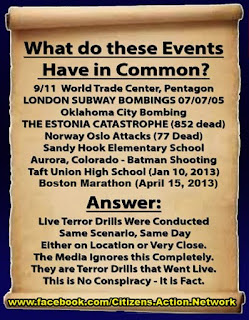 Here is the link to the original NZ shooter video:


I want everyone to see it as a matter of fact, just so they can see examine and determine exactly what I have seen, in that there are so many things wrong with this shooting!